What will the boats be facing as they head south from Hong Kong to Auckland in Leg 6? (Image Jeremie Lecaudey / Volvo Ocean Race)

On the face of it, Leg 4 from Melbourne to Hong Kong and Leg 6 from Hong Kong to Auckland are identical in general weather patterns, but there are some differences and the route will pose some interesting choices for teams to make.

The short transitional leg to Guangzhou and back to Hong Kong was mainly in order to ensure the race went to China and to help satisfy one of the largest team sponsors in the race, Dongfeng. This leg saw the boats return late on the 5th February to do their final preparation for Leg 6. If there is one thing to be said about this race so far it's that the downtime is minimal, especially for small teams.

Previously the legs from or to this part of the world have gone to Sanya or Qingdao and have provided opportunities for teams to make big splits. These legs have historically seen some serious boat breaking conditions, with teams in previous races seeking shelter as the China Sea proved too much.

This leg doesn’t look like it is going to offer any respite either. With the start time changed twice already,  the weather and nature continues to show its passion to control and influence us.

The leg returns back south past the same waypoints as on the way up here: 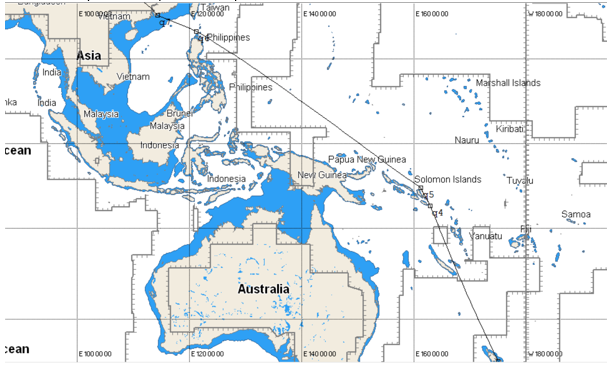 The teams will pass back through the Pacific Ocean and past many chains of islands and reefs. The leg again provides a range of conditions and is predominantly upwind.

Last race the question was whether you would tack north to Taiwan or just squeeze around the top of the Philippines fighting the tide. This time it is whether you go to the north of Taiwan or not. 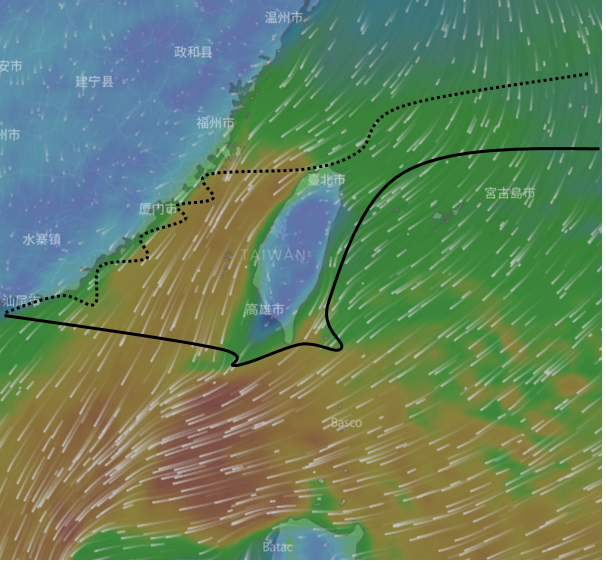 The decision is similar, the route to the north of Taiwan involves sailing 200nm in the wrong direction, tacking upwind in 20 +KT. This is where the model routing is very different to the reality of moving the 550+kg internal stack and the 800+KG of sail stack  every 30 mins with every 4 degree shift. The models assume you can do it like that, you can put in a loss ratio but that never quite accounts for reality.

This will be the biggest decision this leg but will ultimately fade into insignificance as the teams reach the doldrums. Here, clouds will dominate and the dice will be thrown.

This is round three for the teams in the Doldrums, and so far one has been easy and the other generally not, with big clouds, huge thunderstorms and long periods of calms. This leg it’s time to head back south through them. Determining the best way through them is always tricky and the solution is rarely immediately apparent. 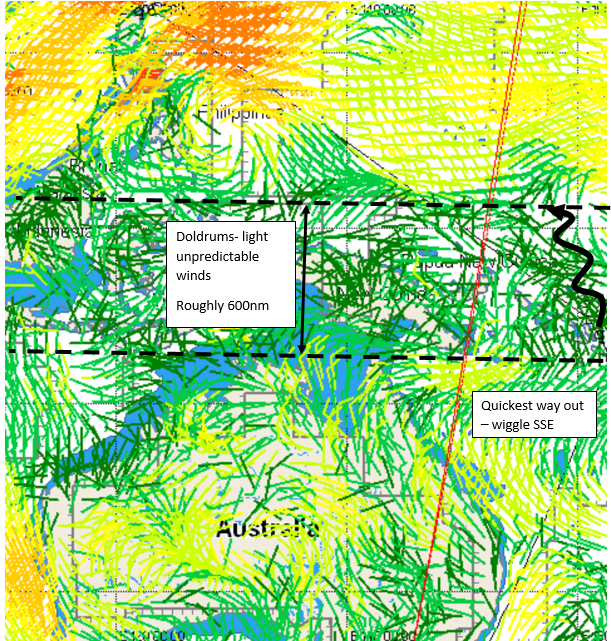 When you look at the typical weather pattern, the default solution is head south, funnily enough the opposite to last time.

The doldrums can be anything from 1000nm to as little at 200 nm this time of year, but when you are in them, you are in them. The game of who has the lowest sched becomes quite interesting, because it makes you feel better when you have been doing 1.3KT and they have only done 1.2KT!

The stability of the trade winds will be a welcome sight as the teams head south, once again not upwind but not offwind! This is generally a mode and speed race, and we understand that team Dongfeng and Mapfre definitely have strength in this area of their teams due to their pre race development.

It is likely that the teams will spend 3-4 days in the trade winds before they reach the shores of Auckland. 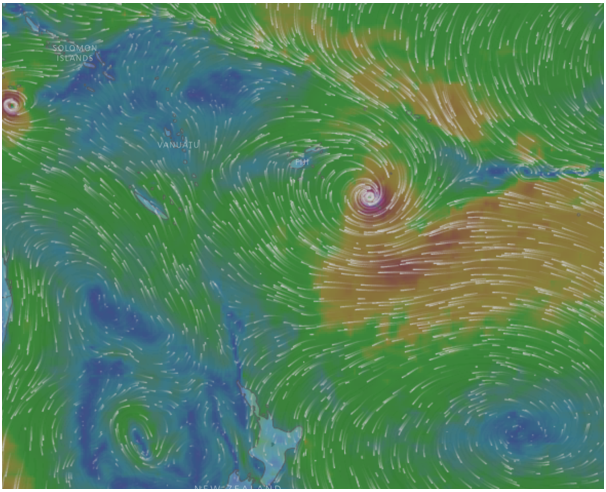 The risks on this leg are the same as on the way up north: Above you see a deep a low/tropical storm establishing to the NE of New Zealand with the potential to develop further. These are the small scale systems we will be keeping our eyes on for where and exactly how they end up.

Stay tuned for an on the road update and the details of how we negotiate New Zealand to finish in Auckland.