A leg of two halves: Libby Greenhalgh's exclusive update from the VOR

The fleet sailed straight out of Hong Kong Harbour without too much trouble despite the high rise buildings and high ground, and soon we were up and off and turning the corner onto to the wind and heading for Taiwan.

Here it became all about moding. As the lead group sailed higher than is normal for an offshore mode, we saw Dongfeng munch back the miles into the fleet, once again demonstrating their speed by sailing through to leeward of Mapfre and Scallywag.

In time, everyone eventually levels out on speed and has good and bad moments, but ultimately everyone spends their time watching the AIS and matching each others’ mode. If you were on your own you would sail freer and faster, further south of Taiwan to avoid the wind shadow and to get to the right hand shift first.

Once the fleet slipped though the wind shadow of Taiwan they continued east contemplating the angle and timing to head north. Routings before the start had shown a strong route north, even suggesting an advantage in sailing to the north of Taiwan, but race organisers took that option out the night before the start.

Instead it was all about how to negotiate the area of light winds ahead of the front that was developing. The idea behind going north early was to head up easily in the stronger easterly winds ahead before the area of lighter winds developed, with initial analysis showing that the later you left it, the more you were going to get caught in the light winds.

There was very little in the routing and ultimately Akonobel and Scallywag took a massive mile loss probably compounded by sailing to the lee of the south Japanese islands. 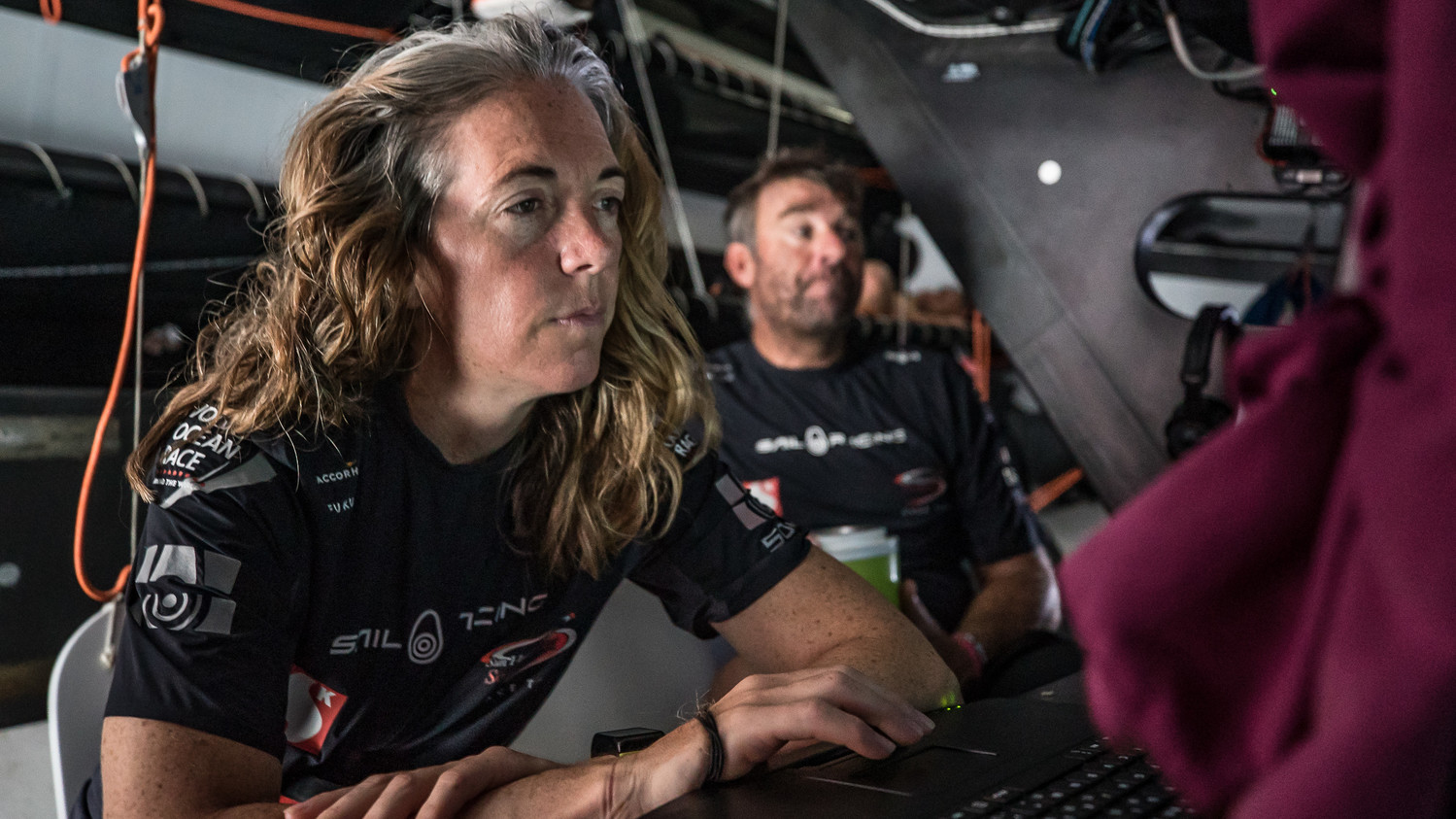 The goal of heading north was to hook on the frontal system and a northerly breeze to allow the teams to charge east. It is all about getting east and slowly getting headed to head south where ultimately you are trying to go.

It’s far easier to reach everywhere than it is to sail upwind.

Scallywag and Akzonobel had a bit of a stop-start attempt at hooking on to the front and Scallywag lost some miles to the south in the process, giving the northern fleet leverage to go bows down in more pressure.

From here it was a reaching drag race to stay with the front until it started to decay and the fleet overran it.

Frontal Game part 2: The first sign of the Doldrums

As the fleet headed south towards the doldrums the W to E positioning was fairly well established, with a huge separation reaching 150nm at one point. There was some repositioning going on amongst the group of 4 boats to the east: Mapfre, Dongfeng, Brunel and TTOP. Overall TTOP had held a higher and slightly slower mode to ensure they had the east positioning for traversing the first period of light airs. Mapfre and Dongfeng seemed locked in a personal race that only they were in.

The strategies being discussed on the boats would have been quite different. Our position on Scallywag in the west left us with one option only and that was to dig SSE through the light winds to hopefully get to the W winds before the main group of the fleet to the E. This would enable us to get the bow down and close some of the 100 odd miles east.

The boats in the east would have been looking at the weather files and observing that amongst their group the easterly position was stronger, with potentially a northerly filling in behind and bringing them down.

The dilemmas often faced when offshore were very prevalent here: most of the time you are not actually heading to the finish but on a course to the next shift or pressure or to try and escape something – but at the back of your mind is the need to head towards the finish as well.

Eventually all the boats got into the westerly wind, with a significant mile loss to the eastern group trailing by up to 200nm. Getting to the westerly later meant these teams didn't have as strong a westerly for a long as Scallywag and Akzonobel.

The conditions are now getting hot, the sun is generally more out than in during the day and it all becomes about managing the clouds. 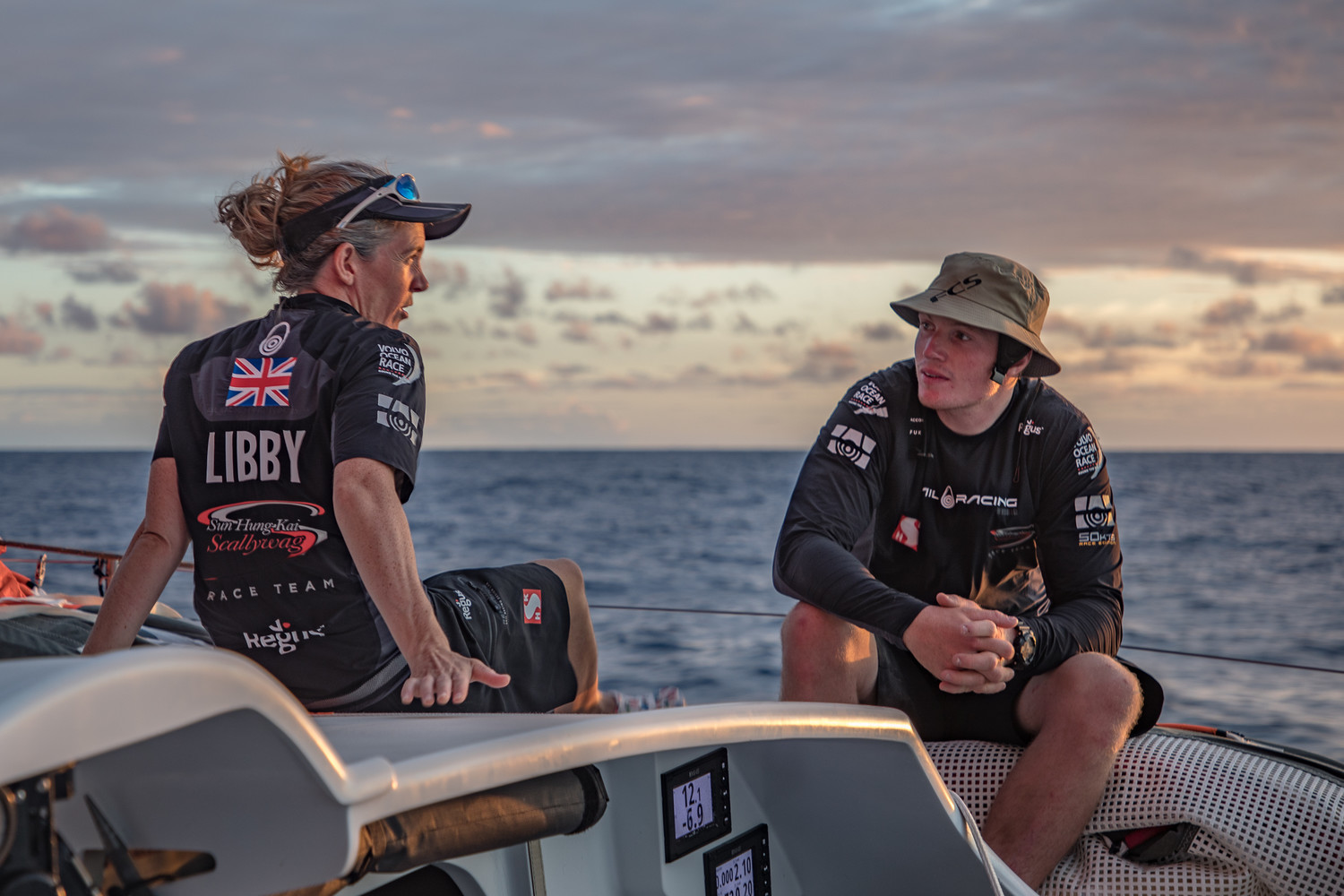 A leg of two halves

Looking at the conditions ahead, the Solomon islands onwards is almost a restart and another leg in itself, because ahead lies a huge amount of unknown. About 500nm of the wind pointing every which way at about zero knots.

It is anyone's guess, but the logic here is to fall back on climatological records and experience which ultimately says an easterly is prevalent direction.

There has been much chat about tropical storms that have been developing in front and behind the fleet, but so far there are none imminently in our path. The result of Tropical Storm Gita has added to the large variable winds associated with the doldrums and a less reliable forecast with which to decide where to go.

Given the large area of no wind ahead of the fleet at the moment, the ability to reposition once within this is limited. So if any team is looking to edge further east then their best time will be in the winds they have now.

Right now the spread of routings to the finish covers:

1. Heading towards Brisbane and trying to catch a low pressure to the south to then ride into New Zealand

So in total only a west-east split in routings of 800nm over a 1800nm distance. Should be simple! 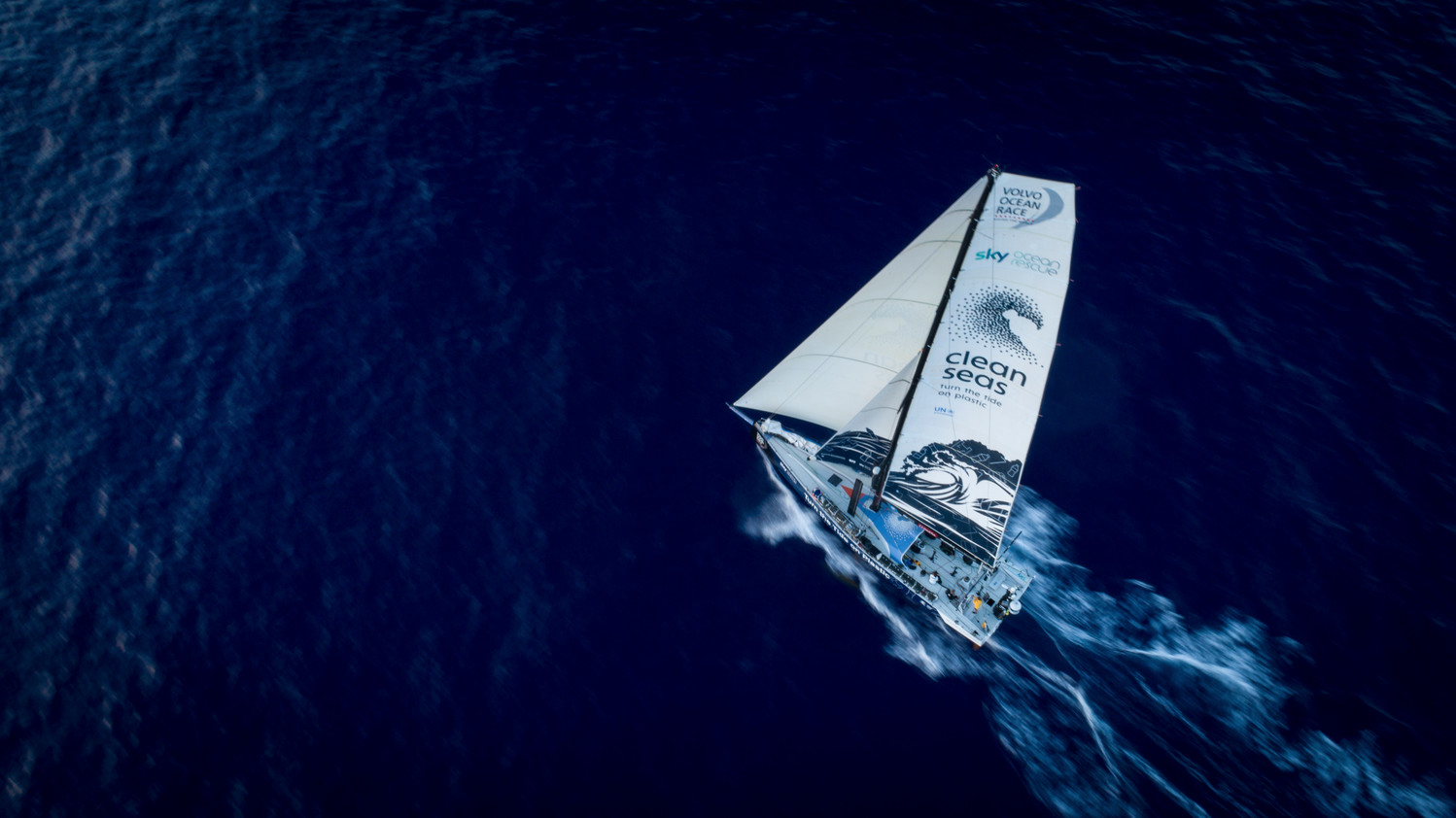 The least risk is the point and shoot, a boat is not reliant on a forecast information that is 5-6 days ahead being correct to get them back towards their destination. Never say never, however: onboard Scallywag we do like to go off on our own but I think it is highly unlikely you will see anyone take a big move, mainly because there is no wind to make a break.

Everyone will be desperately eking out millimetres, centimetres and metres with what breeze they have in the direction of the finish and whoever breaks out first and to the east will extend.

But this show is never over until it over and the unpredictability of the last 300nm will allow some further opportunities.

Time to fine tune my B&G Radar ready to dodge the showers!