Sailing is a technical sport - but it’s frustrating when the technology demands time and effort to manage, without giving you the benefits you’re looking for. Autopilots are one such area, where it is difficult to determine in advance what you need, and how to make it work really well.

In recent years, we’ve seen a number of really good integrated autopilot options from companies like Raymarine, but when I chose the autopilot for Blur in 2012, NKE was the natural choice for an ambitious project. Because I had decided on Nexus instruments, it seemed sensible to choose something that would just work. After all, thousands of French solo sailors can’t be wrong!

So I got a NKE Gyropilot installed in France. I chose the Raymarine linear drive, as this was common among solo sailors and something that could be serviced anywhere. I had a hydraulic ram on my J/109, but was keen to get lower resistance in standby mode.

Quite soon it became clear that the GyroPilot was very competent, but required quite a lot of adjustment for different conditions (Gain, Counter helm, Helm coefficient & Wind smoothing). The advice from the experts was to “become one with the autopilot” and that there were no simple rules. What also bothered me was that there were different versions of the software. So when I sailed on a Class 40, they usually had their own, a bit more advanced, custom version…

When we switched instruments to B&G H5000, we reasoned back and forth. Should we change the autopilot too? If we want through all that trouble, we wanted it to be much better. And easier to use.

Initially, these were the things I wanted to achieve:

Integration. I didn’t want the added complexity of sending NMEA data back and forth via converters, but see real benefits of everything coming from B&G. This has worked very well, and the installation was simple. With everything connected to the NMEA 2000 bus, you get all the data as well as the abilities to control and get feedback the autopilot. The transmitter for the remote control (the small antenna) is also connected to NMEA 2000. We chose to put everything close to the drive itself, to have the shortest possible power cables.

Full function. I didn’t want a “limited” version” where I knew someone else had more features or better performance. The H5000 pilot is claimed to be the same as the one on the IMOCA 60, and in my “Advanced User Information,” there are even suggested settings for an IMOCA.

Easy handling. While sailing, I didn’t want to adjust lots of parameters. I may have been lucky, and the J/111 an easy boat to helm, but “Perf 2” (out of 5, where 1 is low and 5 aggressive response) have worked well 90% of the time, from motoring in calm weather to broad reaching in waves. At some point, we have turned this up and fiddled with individual settings. But not nearly as much as before.

What we discovered, was that “auto tune” worked much better when we did it at normal cruising speed (faster than recommended in the manual). This has later been confirmed by experts from Navico, and been the key to re-initiate trhe system on some other boats I’ve been on.

In conclusion, I can say that after one season I have come further than I did in 5 seasons with NKE. Some things still need more work before I have the perfect autopilot, but I’m supper happy with where I am right now! 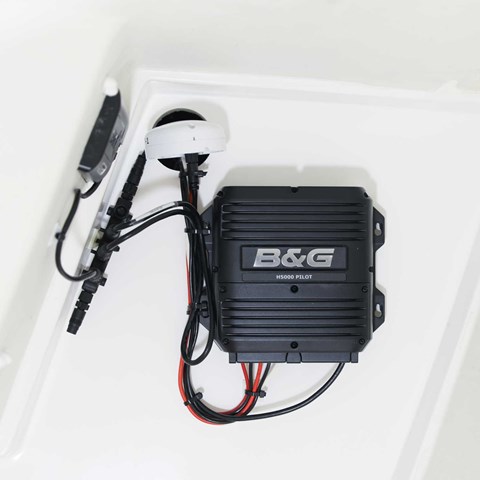 We placed the autopilot controller by the companionway. Previously, it was located at the engine controls down at the left foot when standing behind the wheel. Not ideal. The most common scenario now is to engage the autopilot on the Zeus3 at the steering wheel, or with the controller, but most adjustments are done here in connection with trimming. 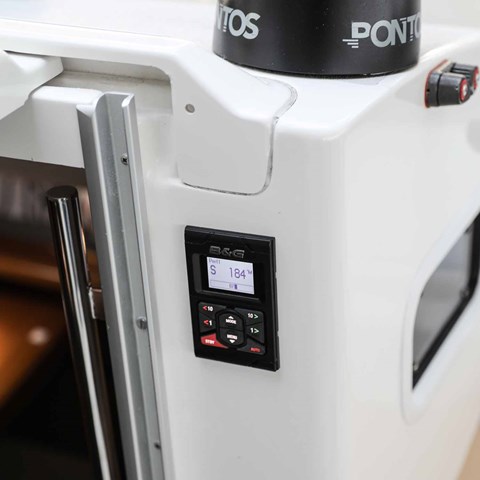 One of the things that have worked really well is to control the pilot from the Zeus3 at the wheel. The chart is always displayed, but there’s an “autopilot” tab on the left that can pop out when you need it. Here you simply choose the mode and adjust as you like.

But the coolest thing is that the adjustments can be made with the control wheel to the right. Being able to look ahead to see the response when turning the control wheel (where you feel how many degrees you turn) makes it so much easier. Even when sailing on AWA or TWA, it is nice to just be able to bend in and turn a few degrees without looking at a display. 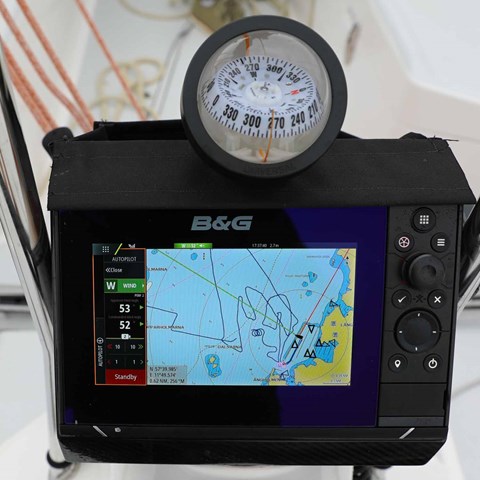 Read the full blog on blur.se