Part 1: The Beginning.
Mark Chisnell takes a look back at the history of sailing instruments

Ever since the first boat – be it a dug-out canoe, or a raft of logs – pushed off from the beach and moved out of sight of land, people have needed marine instruments to tell them where they are and how to get back home.

A compass and some means of measuring speed through the water enable a dead reckoned course to be plotted, and both devices have been aboard merchant shipping and naval vessels for centuries. It was the massive growth in recreational sailing in the twentieth century, combined with a decrease in the size of boats that created a market for specialist small boat sailing instruments.

One of the early entrants into this market was Ted Kenyon, a brilliant inventor and a friend of L. Francis Herreshoff and Albert Einstein -- legend has it that every year, the three of them would cruise to Block Island off the New England coast. Ted Kenyon’s first patent back in 1930 was for a boat speedometer, manufactured by his company Kenyon Instruments in Boston.

Another early entrant into the market was B&G. It was February 1955 when Major R.N. Gatehouse and Ronald Brookes began production of a radio direction finding unit that they called the Heron. The following year Brookes and Gatehouse incorporated as a limited company with that name and set-up close to Lymington on England’s south coast, the company would remain in the town until 1992. 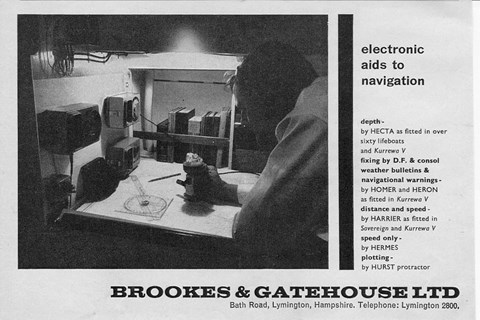 The early products were all navigation aids; a mix of newer technologies like the radio direction finder and an echo sounder, along with the Hermes speedometer and the Harrier, a combined log and speedometer that quickly become the company’s most popular line. The Hestia was B&G’s (as the company was eventually renamed) first electronic compass in 1968, but it was in 1971 when the real breakthrough product arrived. The Hadrian DR computer combined data from the Hestia with the Harrier log and displayed how far the boat had moved from its intended track.

Integrating two sensors like this pointed the way forward, although its use for navigation was short-lived. The problem of accurate position fixing got solved by GPS, after Ronald Reagan made the satellite system available to the public in 1983 (although it took a while longer for commercial units to arrive). Meanwhile, integrated instrument systems found their niche in performance systems for racing. 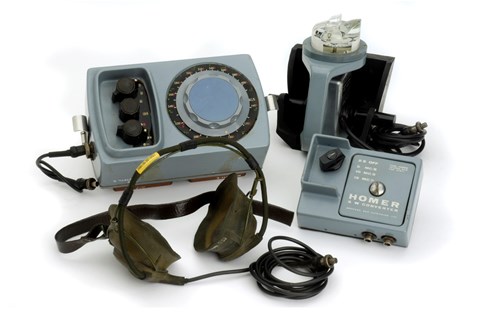 It was in the ultimate arena for yacht racing technology that most of this innovation took place -- the America’s Cup. One of those in the vanguard was Richard McCurdy, who built an analog ‘true wind computer’ for the 12M Valiant in the 1970 America’s Cup, completing his MSc thesis on the project in May of that year. The thesis strove to solve a problem that sailing instruments still wrestle with today; the calculation of an accurate ‘true wind’ from the sensors on the boat; apparent wind, boat speed and a compass.

Unfortunately, Valiant lost her challenge to defend the Cup, and according to contemporary accounts McCurdy’s initial effort wasn’t very successful either. So he went to work for Kenyon Marine and started developing a new version for the Courageous syndicate, a contender in the 1974 America’s Cup defence trials. McCurdy’s machine eventually weighed 60 pounds and required water-pumped cooling, but it delivered 32 data channels onto a four-character display. This would be the origin of a very famous name in the sport; Ockam. 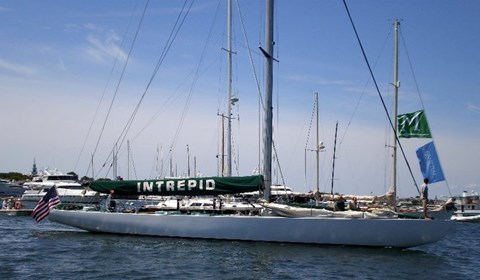 Meanwhile, back over the water in the UK, B&G had developed their own Horatio sailing performance computer by 1972, in a joint project with the University of Southampton. It was followed by the first Halcyon compass in 1975. The arrival of electronic compasses was a crucial step. It meant that it was now possible to calculate a true wind direction as a magnetic bearing and it enabled the development of the Hercules 190. Launched in 1980, the 190 integrated an electronic compass, apparent wind speed, apparent wind angle and boat speed measurements to produce an integrated instrument system that could deliver all its data on displays around the boat.

“It was really the first easily obtainable commercial system that did things like calculate VMG and true wind angles and true wind speeds,” said Richard Russell, who joined B&G in 1980 (and briefly worked with Major Gatehouse), rising to become Yacht Systems Design Manager before he left in 1992. “It also had a performance feature where you could put in something that represented points on your polar table. It was a big step forward.” Two years later, Dick McCurdy started Ockam with collaborator Art Ellis, and they would quickly launch their own integrated system. 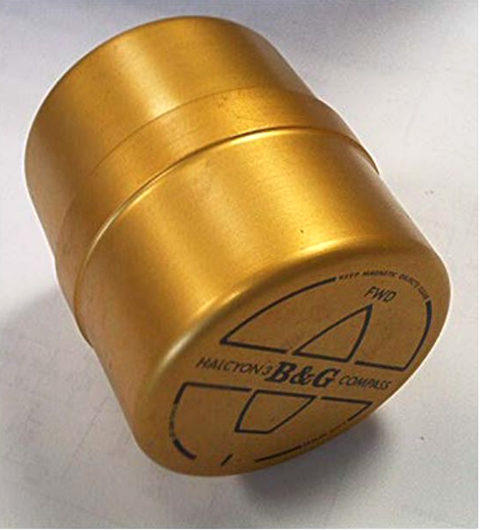 While these two companies both loomed large in the market during the eighties, they were not the only players. Based in Los Angeles and still going is Signet Marine Electronics, they developed a paddlewheel speed transducer, along with LCD displays and a microprocessor-based integrated system. Another business still very much in the market (particularly in France) is NKE, created by Noël Kerebel in 1984.

The 1980s were a very active decade in sailing instrument design. The sensors steadily improved; B&G introduced their Sonic Speed in 1984 to eliminate the moving parts of a paddlewheel that could clog with weed. Bespoke vertical masthead units appeared at the 1987 America’s Cup and soon became off-the-shelf items. More user control was added to systems, allowing for changes to damping and calibration – a first step in what would become a long search for accuracy. Linear channels were created that measured voltage output by load sensors or potentiometers. This meant that functions like rudder angle, traveller position and forestay load could be measured. 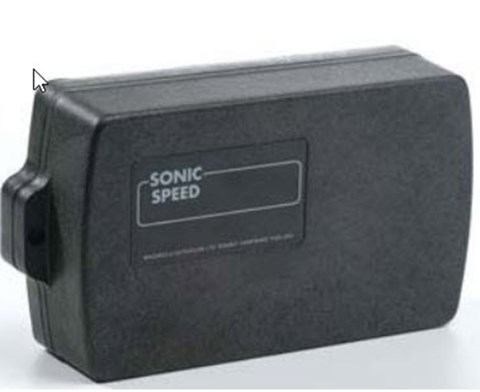 These improvements encouraged others into the game; the ubiquitous Diverse load cells were introduced in the mid-1980s to take advantage of the linear channels. And as the systems were opened up with buses that delivered data to external computers, people started to write their own performance and tactical programmes.

Outside the America’s Cup, contributions came from legendary navigator and technology innovator Stan Honey. There was the DOS programme Compusail, written by Bob Winson and launched in 1984. While Peter Schofield’s Tactician developed through the 80s and into the 1990s to survive today as Seatrack.

Inside America’s Cup teams one of the most notable players was Graeme Winn, who started Sailmath Ltd after working for the British Victory Challenge in 1983. There he had developed a performance analysis system running on an ICL PERQ on the tender, and a MS DOS-based onboard tactical system. Both were developed further for the 1987 Cup, and used by the New Zealand, British and one of the Italian teams.

The concept of wind angle and wind speed calibration look-up tables arrived in this period (my own small contribution to the story), as did the Ockam concept of Wallying (modifying target speeds for the windshifts). And while the 1988 Deed of Gift match did nothing for the wider Cup community, the Kiwi big boat made important innovations with their use of strain gauges to monitor rig loads, and a very early version of camera-based sail shape measurement that was dubbed Sail Vision.

In April of that year, I took the world’s first commercially available, waterproof, on-deck tactical system -- all 6kgs of the Sailmath Deckman -- to its first regatta. Many of the pieces of what we’d now recognise as a modern racing sailboat instrument system were in place. They could only get better. 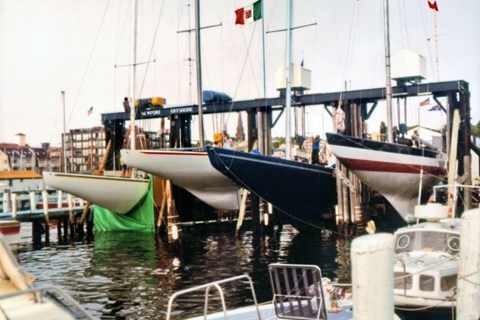